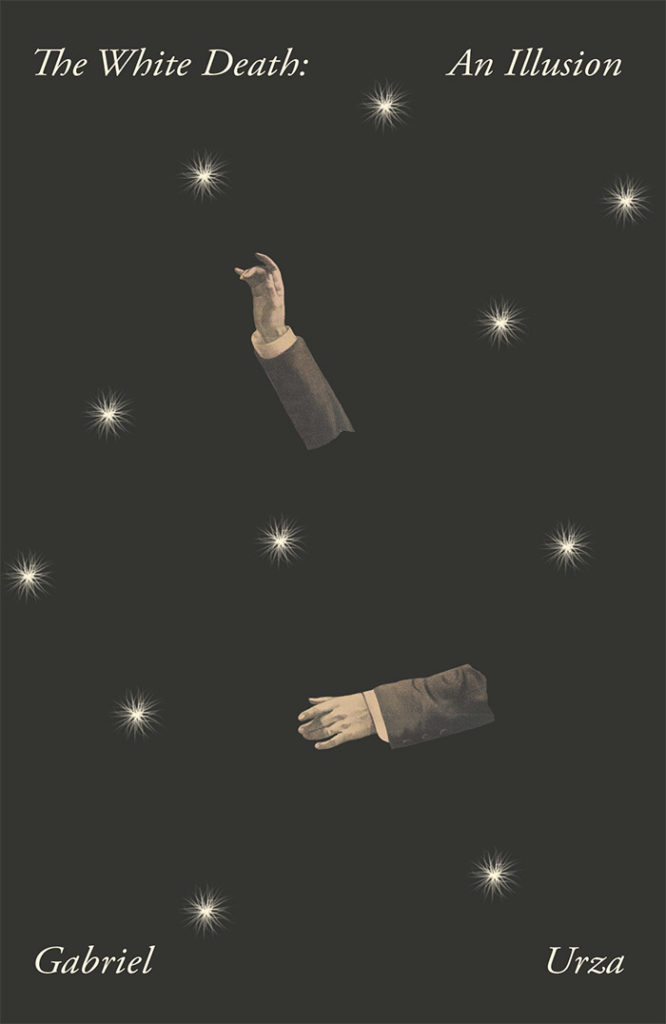 The illusionist Benjamin Vaughn is fourteen years old when he dies under mysterious circumstances at the height of his short career.

In the wake of his death, the life of this brilliant yet reclusive prodigy known as “The Great Bendini” is meticulously chronicled by an unnamed narrator who encountered Vaughn when he himself was a boy.

Set amidst dusty Northern California towns in the 1990s, the narrator-now an academic and father to a son of his own-unfurls a layered testimony that blurs the line between the observer and the observed; between ambitions that have the potential to transcend, and those with the capacity to destroy. Deployed with immersive detail and haunting observations, Gabriel Urza’s novella is a heartbreaking examination of adolescence as it collides with the ephemeral nature of time and mortality.

“Gabriel Urza’s latest feat is a study of humanity’s two best tricks: death and love. This darkly lush novella is written with a miniaturist’s eye for detail and a mystic’s eye for mystery. The White Death tells the story of the life and death of the Great Bendini, a virtuosic child magician. The character is someone Charles Dickens might’ve written, if Dickens had ever been to Vegas. And just as magnetic is The Great Bendini’s mysterious biographer, whose chimeric narrative is footnoted by his own anxieties, sorrows, and joys. This gorgeous novella left me exuberant with awe.”
—Claire Vaye Watkins, author of Gold Fame Citrus and Battleborn

“Like the genius boy-magician in his tale, Gabriel Urza has pulled off a dazzling feat: a digressive metafictional elegy pulsing with old-fashioned storytelling satisfaction. The White Death brims with astonishing details from the sleight-of-hand business, like the metal lock picks Houdini would embed under his arm-skin before a performance; but even more thrilling is the obsession it enacts, wherein a Salieri-esque narrator— at once exuberant and grim—is driven to pursue his Mozart.”
—Leni Zumas, author of Red Clocks

“Gabriel Urza’s The White Death is a marvel. It is the embodiment of wonder. Through the brief life of Benjamin Vaughn, the novella’s child magician protagonist, Urza illuminates the tragic forces of displaced longing, of seeking solace through vicarious means. The White Death, in its electric mysteries, in its mystical language, evokes the tender menace of hope. It reminds us that we sometimes want, desperately, to believe, and that our belief has its own powers.”
—Derek Palacio, author of The Mortifications and How to Shake the Other Man

“In The White Death, Gabriel Urza illuminates the invisible threads connecting the lives of two young magicians and, through his subtle and tender prose, performs some magic of his own.”
—Amelia Gray, author of Isadora